Seeing the heart of the story: Melissa DeCarlo 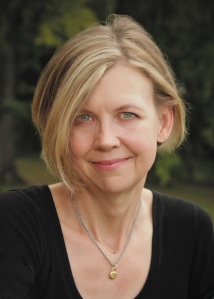 Call it a seven-year itch of sorts. Because seven years after Melissa DeCarlo stopped writing (“I got frustrated … it was almost like I was resentful toward it”) she started again, and the result is her first published novel, The Art of Crash Landing.

Melissa’s feisty protagonist Mattie faces a slew of problems—an unwanted pregnancy, an unwanted inheritance complete with a couple of dogs, a severe lack of funds, a broken-down car—and bubbling beneath it all, a secret her mother carried.

Publishers Weekly calls The Art of Crash Landing “a triumphant first novel” and Kirkus Review describes it as “filled with heart and humor.”

But Melissa took a lot of twists and turns before her novel was published earlier this month.

Putting the fun back in writing
Melissa’s self-imposed seven-year break from writing ended in 2009 when a friend told her about National Novel Writing Month, NaNoWriMo. Although she’s never looked at what she wrote that month—terrible, she says—it re-awoke her love for story telling.

“I’d forgotten about that feeling of being in the shower and getting out and taking a quick note because you just had the best idea,” Melissa says. “Or not being to fall asleep because you think, oh, this person needs to say this.

“I’d forgotten how much fun that was, that weird little piece of your subconscious that comes up with crazy ideas.”

Drawn back in, Melissa took an online course on writing scenes and created a character who was “just a terrible, sarcastic pain in the ass.” And then followed the idea for the book.

“I knew I wanted to write one about kind of a relationship between a mother and a daughter and then that mother and her mother,” she says. “It was so much fun writing that I thought, well, let’s give her a little space and see what she can do.”

Even so, if she hadn’t broken a tooth on a chicken sandwich, Melissa might not have found a home for The Art of Crash Landing.

A short fifteen years later …
In the years before disillusion bit deep and Melissa stopped writing, she was a member of a writer’s group in Dallas, Texas, and worked at their writer’s conferences. One of the agents attending was Jeff Kleinman of Folio Literary Management.

With perfect timing, Melissa broke a cap when biting into a sandwich.

“I had to spend all weekend looking like a hillbilly,” she says, laughing. “But it was memorable.”

At the conference, one of her short stories was included in a reading by local actors. Jeff Kleinman told her that if she ever wrote something she thought he might be interested in, to call him. At the time she was working on a mystery novel (unpublished) and mystery is something he doesn’t represent.

Fifteen years later, with the broken tooth as an aide-mémoire, she had a manuscript that she thought he might like, her story about Mattie. And she queried him.

“I didn’t call him because I figured surely the statute of limitations has run out, but I did email him, and he remembered me,” Melissa says.

“He called me on the phone. He was so nice, and he said, I’m not interested in it.”

At this point, we both laugh, because we know there’s a happy ending.

Jeff Kleinman told her he liked the voice and the writing, but it wasn’t a big enough story. But he offered to look at it again if Melissa decided to rewrite and re-send.

“I was like a dog with a bone,” she says. “I kept fixing it. We went back and forth several times before finally I got it in a shape where he thought he could sell it.”

He never told her what to write; just that the story was lacking something, that she was somehow skipping the heart of the story.

“It was missing that relationship,” Melissa says. “I really didn’t go very deep into Mattie’s past relationship with her mother and it was very ‘a week in the life of a wacky person’. I think his take was, maybe you can sell a book like this but it’s never going to be a big book, because it’s all about solving the mother’s mystery and there was very little pain in it.

“You never really got to see the heart of the story. And once I got into that, I think because everybody’s got crazy people in their family and difficult relationships with someone, I do think it makes it more universal.” 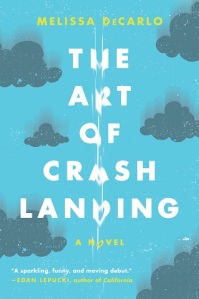 “I think maybe because it’s written in first person, some people are asking if it’s autobiographical in some way,” Melissa says. “The story itself isn’t but you populate stuff. You just pull something out of your life.”

For example, Melissa had a guinea pig as a child and a guinea pig has a cameo role in a scene showing what Mattie’s mother was like; and she has dogs, but they’re greyhounds, not the little French bulldogs that Mattie inherits.

Occasionally, people ask Melissa about the thinking behind some of her anecdotes and motifs.

“It makes me wish I was like one of these people who could say it’s a deeper theme,” she says. “But some of it is you’re kind of amusing yourself because you don’t know if anyone will ever read it. So I think, this’ll be kind of funny, I’ll stick that in there and see where it goes.”

As she wrote and rewrote, she removed scenes, moved things around, and gave the story greater depth than in its first, lighter-hearted manifestation. But after completing her early drafts and looking back over them, she saw patterns emerge, such as the recurring appearance of birds.

“I thought, I can use that better, and so I was a little more intentional with it,” she says.

A second book in the works
Now, Melissa has a two-book contract and a deadline for the second one, which she is in the throes of writing.

“It makes it a little scarier,” she says. “There’s a certain freedom to writing a book when you think, no one is probably ever even going to see this, so I’ll do whatever I want.

“It’s a whole different attitude. I’m enjoying writing it, but there’s a certain level of expectation that was not there at all with the first one.”

And fun is an important element for Melissa; her focus on it helped her crack the writing of The Art of Crash Landing.

“I thought, I’m just going to write what I want to write for fun,” she says. “And try to keep my eyes on the process and not get all caught up in the outcome, because it was making me so miserable before and I’d lost the fun.

“And then, look what happened. You can be fifty-three years old and finally have your novel published.”

More than one, as it turns out. It’s worth the wait.

About the author
Melissa DeCarlo was born and raised in Oklahoma City. She has worked as an artist, a graphic designer, grant writer, and even (back when computers were the size of refrigerators) a computer programmer. The Art of Crash Landing is her first novel. Melissa lives in East Texas with her husband and a motley crew of rescued animals.

The Art of Crash Landing was published by Harper on September 8th, 2015.

Roz Kay is a writer and former journalist with her debut children’s novel, The Keeper of the Stones, appearing in 2020 from Hayloft Books. Roz's short fiction has been published under the name Roz DeKett in Fish Publishing’s 2017 Anthology, The Nottingham Review, The York Literary Review, and the Bedford International Writing Competition’s 2018 Anthology. She has also appeared as Roz Kay in the American children’s literary magazine, Cricket. As a news journalist, Roz worked for The Journal in the North East, the Liverpool Echo, and BBC local and national radio in Manchester. She is a graduate of the University of Leeds and lives in Wiltshire.
View all posts by Roz Kay →
This entry was posted in Author interviews, Fiction and tagged Fiction, Folio Literary Management, Harper, Melissa DeCarlo, NaNoWriMo, novel, Roz DeKett, The Art of Crash Landing, The Right Word. Bookmark the permalink.

2 Responses to Seeing the heart of the story: Melissa DeCarlo