It’s got to be relatable and real: Lucy Holliday 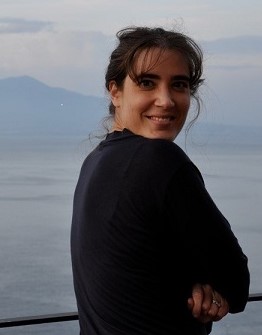 Lucy Holliday has three books coming out in the space of a year, and they all rest on Hollywood icons.

But far from being biographies of her chosen three (Audrey Hepburn, Marilyn Monroe, and Grace Kelly) they form a three-book series about an invented, struggling actress.

Lucy’s heroine is failing actress Libby Lomax, whose romantic life is also in the pits. She finds friendship with and help from one screen goddess per novel, appearing in her life courtesy of an accidentally-acquired old couch.

The first of the books, A Night in with Audrey Hepburn, has just been published by HarperCollins in the US. Next up is A Night in with Marilyn Monroe. Later in 2016, A Night in with Grace Kelly will appear, the three novels tracking a little behind the publication dates in the UK, where the first two are already out.

Hearing voices in her head
As Lucy has progressed through the books, part of the challenge has been in taking Hollywood icons and turning them into somebody who springs off the page … as a fictitious character.

“[I’m] trying to get a balance between making them real but on the other hand not themselves, because otherwise I could just write a biography of Audrey Hepburn, or Marilyn Monroe,” Lucy says. 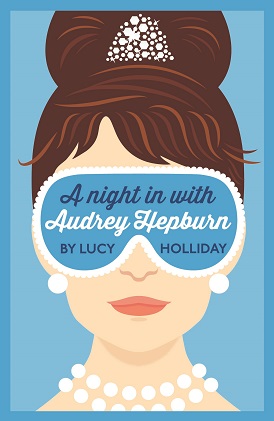 “So they have to be larger than life. I’m putting them into the 21st century which is fun but tricky. And I hope I’ve got the balance right.”

So how do you go about making a person so real in your own mind that you can then create them on the page as characters? 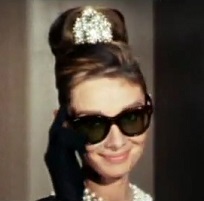 “So Audrey, that came very easily, because her voice is so distinctive. I could hear her straight away. Marilyn took a little bit longer, because you’re fighting against the cliché of that Happy Birthday, Mr. President stuff, trying to make her a bit more real.

“And Grace Kelly’s even harder because her actual voice is just much less clear to me.”

Lucy is still working on A Night in with Grace Kelly. It strikes me that differentiating these screen stars from each other (when you’ve seen one icon, perhaps you’ve seen them all) must be quite difficult, no matter how many books about them you read, or how many times you watch their films.

And indeed, it is.

“That’s the problem that I have going from Audrey Hepburn to Marilyn,” Lucy says.

“And even more so doing it the third time. It’s more magnified. Because although, obviously, they’re completely different, they’re all from a similar era, and if you’re not careful, you can get locked into reproducing the same thing with a slightly different twist. And I didn’t want that.

“On the other hand there’s got to be a link, because they’re all helping the heroine move forward in her life. But they’ve all got to sound different.”

Making the fantastical real
Lucy is blending a fantasy element with down-to-earth, present-day romantic fiction. She doesn’t sketch in Audrey, Marilyn, and Grace as “apparitions” but as real people in Libby’s life. For example Audrey, as flesh and blood in Libby’s tiny flat, wrestles with the coffee machine, something she’s never see before. 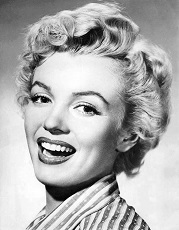 Believing it herself (“I totally believe that Libby, the heroine, is seeing these people … I’m not completely insane,” Lucy says, possibly trying to convince herself as much as me) is only part of the writing.

For readers to be able to immerse themselves in the magic, the story has to work.

So what makes it work?

“Friendships,” Lucy says. “In this genre I think you need to really crack the female relationships, the heroine and in this case, movie stars. Or the heroine and her friends, best friends, or her mom or her sister.

“They’re the most important ones. And then you have some nice men, or not very nice men. And they can be a little bit less real, those relationships, because you want the fluffy romance and you want the hero who’s sweeping you off your feet.

“So there are layers of reality. And if the relationships with the women are real, then everything else can be fantastical.”

And like all authors, Lucy wants her readers to keep turning the pages because they want to find out what happens.

“So it’s got to be relatable and real,” she says.

Writing the romance aspects comes easily, and she also thoroughly enjoys the research, which consisted of watching every film and reading all the books she could find on her three chosen stars.

From that, she could let go of much of what she’d learned and write at the tip of the iceberg, creating her characters from depth of knowledge about them without being weighed down by it.

Finish before you start

But writing any novel is astonishingly hard, and a trilogy of novels that bring three of the great screen goddesses to life in the context of the present day seems amazingly difficult.

So Lucy works by, as she puts it, writing backwards.

“By which I mean that even though I set out with a plan, by the time the book’s on the shelf it looks nothing like what that was,” she says.

“I need to get it all out, sometimes even a draft of 200,000 words, massive and embarrassingly poor. That’s not in any way false modesty, it’s just excruciatingly bad; chunks of dialogue, scenes that I think I’m going to write about.

“Openings are always hard. So, finish before you start.”

Making up stories
Lucy has the background to ground her heroine Libby’s life as an aspiring actress in reality. At one time, she “toyed with the idea” of a career in musical theatre.

“You see people on stage and you think, I want to do that, and then you realize they actually have to be really, really good,” she says.

But writing goes back even further. Lucy began to write stories for herself when she was around five years old, driven, she says, by boredom.

“It was the late seventies,” she says. “There wasn’t much to do. I used to make up stories.”

And Lucy is still making up stories; but now you have the chance to read them.

Lucy Holliday is married with a daughter and lives in Wimbledon, London. A Night in with Audrey Hepburn, her first novel, is the first in a series of three books following the life and loves of Libby Lomax. You can follow Lucy Holliday on Twitter here.

Roz Kay is a writer and former journalist. Her debut children’s novel, THE KEEPER OF THE STONES, was published in 2020 by Hayloft Publishing. Her debut novel for adults, FAKE, (contemporary fiction) was published in September 2020 by her own imprint, Darley Press. Roz's short fiction has appeared under the name Roz DeKett in Fish Publishing’s 2017 Anthology, The Nottingham Review, The York Literary Review, and the Bedford International Writing Competition’s 2018 Anthology. She has also appeared as Roz Kay in the American children’s literary magazine, Cricket. As a news journalist, Roz worked for The Journal in the North East, the Liverpool Echo, and BBC local and national radio. She is a graduate of the University of Leeds and lives in Wiltshire.
View all posts by Roz Kay →
This entry was posted in Author interviews, Fiction, Romantic fiction and tagged A Night in with Audrey Hepburn, A Night in with Grace Kelly, A Night in with Marilyn Monroe, Audrey Hepburn, author, Grace Kelly, HarperCollins, interview, Lucy Holliday, Marilyn Monroe, romance, Romantic fiction, Roz DeKett, Roz Kay, The Right Word. Bookmark the permalink.