Sponsoring the next great children’s author? 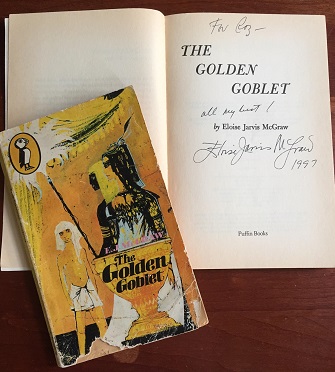 Authors who write for children have such a special place in my heart. I still have a few books from my childhood in the 1960s.

As Stig Abell reveals in this tweet, the stories you loved as a child stay with you forever, even if you no longer have your original copies.

So, I was excited to be part of something that might make a real difference for an unpublished children’s author.

For a while now I’ve been thinking about how to sponsor contest entries for writers who can’t afford the entry fees. I’d searched a few contest sites for options but didn’t see anything.

Then Kit de Waal (on Twitter @kitdewaal) sponsored five entries for the Bath Children’s Novel Award, and others followed her tremendous example.

I have too. I’m thrilled to be one of the sponsors providing an option for somebody who might not otherwise have a chance to get their work seen in one of the most prestigious novel contests out there: somebody who might be the next children’s author to stay in a reader’s heart for decades.

And if you’re a Roald Dahl fan, you might like to read my interview with him from 1981. It’s here.

The photos show my 1968 copy of The Golden Goblet by Eloise Jarvis McGraw with a later edition I bought for her to sign when I met her at an SCBWI conference, and my 1966 copy of The Hobbit by J.R.R. Tolkien which I read in 1968 (aged eight) after hearing an episode of the BBC Radio 4 dramatisation.

Roz Kay is a writer and former journalist. Her debut children’s novel, THE KEEPER OF THE STONES, was published in 2020 by Hayloft Publishing. Her debut novel for adults, FAKE, (contemporary fiction) was published in September 2020 by her own imprint, Darley Press. Roz's short fiction has appeared under the name Roz DeKett in Fish Publishing’s 2017 Anthology, The Nottingham Review, The York Literary Review, and the Bedford International Writing Competition’s 2018 Anthology. She has also appeared as Roz Kay in the American children’s literary magazine, Cricket. As a news journalist, Roz worked for The Journal in the North East, the Liverpool Echo, and BBC local and national radio. She is a graduate of the University of Leeds and lives in Wiltshire.
View all posts by Roz Kay →
This entry was posted in Children's Books, Fiction, Writing tips and tagged Bath Children's Novel Award, Bath Novel Award, Fiction, Kit de Waal, novel, sponsorship, Stig Abell, writing, Writing contests. Bookmark the permalink.