Launching your new book is a huge challenge at the best of times, never mind now. If 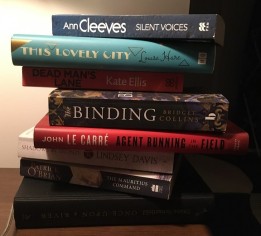 you’re an author who’s just had or are about to have a book published, I’d like to invite you to consider an interview for my blog, in the hope it might help you promote your work.

I’ve interviewed a number of authors in the past few years and you can see those stories here. The first two you’ll see were guest posts written by the writers themselves, but the rest I wrote after interviewing the authors.

Some of them have had New York Times bestsellers, some have had one or more other books published since we talked about a particular book. The very first author I ever interviewed was Roald Dahl, when I was still at uni.

If you want to provide photos, great. And sometimes I do some additional research for the piece. An example of that is here.

As I’m a former journalist, I like to interview you about your book and your writing and then write what’s essentially a feature article. So it’s not a set of emailed questions. It’s a chat, about 20 or 30 minutes.

Because of this each piece takes some time, and I’d suspended it to focus more on my own writing.

I think now’s a good time to start again. If you’re interested, I’d love to hear from you.

Roz Kay is a writer and former journalist. Her debut children’s novel, THE KEEPER OF THE STONES, was published in 2020 by Hayloft Publishing. Her debut novel for adults, FAKE, (contemporary fiction) was published in September 2020 by her own imprint, Darley Press. Roz's short fiction has appeared under the name Roz DeKett in Fish Publishing’s 2017 Anthology, The Nottingham Review, The York Literary Review, and the Bedford International Writing Competition’s 2018 Anthology. She has also appeared as Roz Kay in the American children’s literary magazine, Cricket. As a news journalist, Roz worked for The Journal in the North East, the Liverpool Echo, and BBC local and national radio. She is a graduate of the University of Leeds and lives in Wiltshire.
View all posts by Roz Kay →
This entry was posted in Author interviews, Children's Books, crime fiction, Fantasy, Fiction, Historical fiction, Nonfiction, Romantic fiction, Writing tips and tagged author, Author interviews, books, Fiction, novel, Roz Kay, writing. Bookmark the permalink.